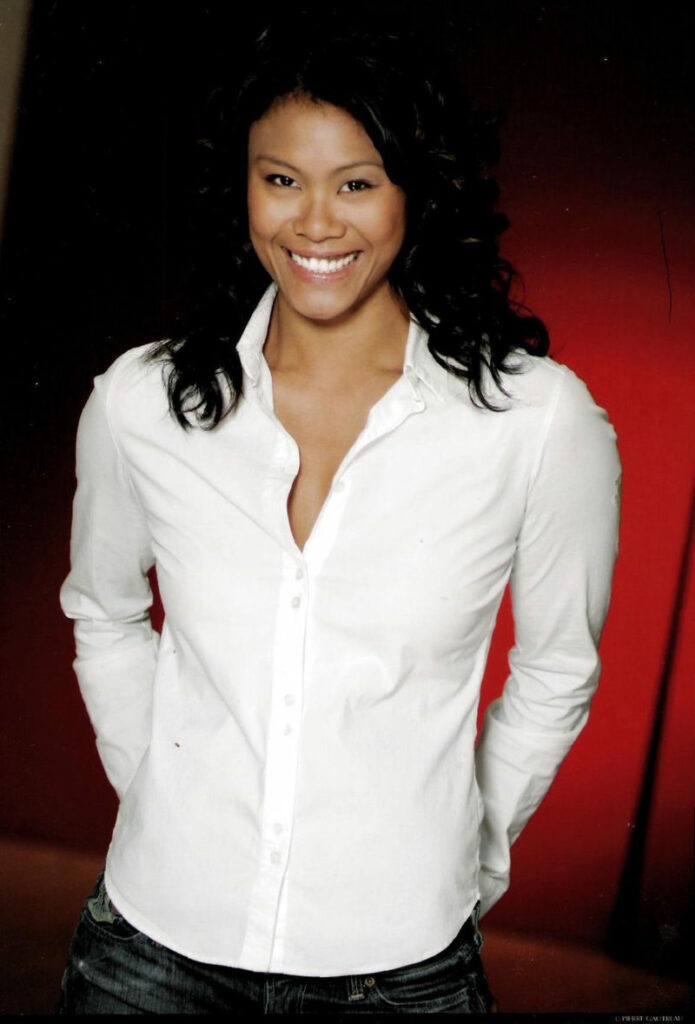 Director
Cheryl Quiacos Upper has a diverse history in the performing arts, sports and the film industry. Her training started as a national level gymnast where she travelled to Bulgaria and former Yugoslavia to represent Ontario, Canada at the young age of 12. Following her early 14-year gymnastics career, she studied ballet with CDM founder Cynthia Fisher who had been her dance teacher while she was a gymnast. Cheryl’s passion for dance developed quickly. She achieved her RAD Advanced 2 level examination and participated in the distinguished RAD Solo Seal Award. After highschool, Ms. Cheryl headed to study Contemporary Dance at The Ailey SchoolTM in New York City. She trained intensively in Horton, Graham and Dunham (Afro Caribbean) Contemporary Techniques, as well as jazz and ballet. She had the opportunity to work with world-renowned choreographers such as Talley Beatty, Elisa Monte and Judith Marcuse and had the honour of performing at Harlem’s famous Apollo Theatre. Cheryl danced professionally touring throughout the Netherlands and Belgium with the Koninklijk Theatre Carré show Marco Tempest Magic for the Next Millennium. Mrs. Upper has been recognized and awarded at competitions for her innovative choreography by nationally recognized adjudication affiliations and she is a proud member of the PAA (Professional Adjudication Association). She also enjoys adjudicating within the Competitive Dance Industry. Upon Returning to Toronto, Cheryl expanded her focus to the dramatic arts. She is a graduate of the University of Toronto Bachelor’s Degree Program with a B.A in Drama and a minor in French. Her acquired skill set and past experiences soon let Cheryl to a career in the film industry. She has been an established stunt performer within Toronto’s film and television industry since 1999. Cheryl was the lead stunt double for actors Tia Carrere in the action tv series Relic Hunter for 3 seasons and Vivica A. Fox in the tv series Missing. Other Stunt credits in Television and film credits include: Star Trek – Discovery, Star Trek – Strange New World, The Boys, Clarise, as well as The Day After Tomorrow, Pacific Rim, Resident Evil Apocalypse, and Total Recall with Colin Farrell. Cheryl is an innovative choreographer, passionate dance teacher and the owner of CDM Dance & Music. She was a stunt double as well as assistant choreographer on feature film, Scott Pilgrim vs. the World starring Michael Cera and was the movement coordinator on Vincenzo Natale’s Splice starring Adrian Brody and Sarah Polley. Cheryl takes pride in sharing her life experience with her students. At CDM creating a family-friendly community of people who passionate about the performing arts and who strive to be at their best is our goal. Welcome to CDM, our home!