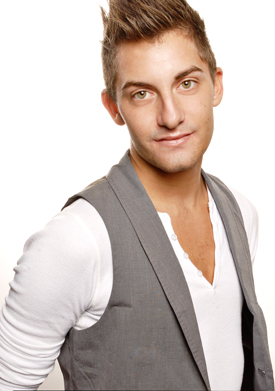 Choreographers, Guest Choreographer, GUEST TEACHERS
Shawn’s diverse experience as a performer, choreographer, instructor and adjudicator have taken him all over North America and Europe. Originally from Edmonton, Alberta – he trained extensively in ballet, jazz, contemporary, modern, tap, street styles and vernacular styles under Variations Academy of Performing Arts. Upon graduating from Victoria School for the Performing Arts, Shawn moved to Vancouver to be a part of The Source Dance co. directed by Joanne Pesusich. He then worked with Royal Caribbean Productions for three consecutive contracts the final working as an aerialist in an all arial show directed by Jeremy Plummer (C5 Productions, Miami). He then made the bold move to London, UK where he worked commercially as a dancer/choreographer for 2 years. While in the UK Shawn gained contracts in Italy, France and the Netherlands for contemporary and commercial works. He currently resides in Toronto, ON and works commercially as a dancer/choreographer and instructor. An ACTRA Apprentice member – Shawn’s major credits in both North America and Europe include: “The Next Step” – Family Channel, “Victoria Duffield” – chor. Luther Brown, “Dartmoor” – dir. Steven Spielberg, “Converse”, “HP/Intel”, “MTV” & “Samsung”.